In announcing its financial results, the Sony Corp. revealed that it had acquired Michael Jackson’s estate share of EMI Music Publishing, paying it a total of $287.5 million.

That was apparently the first step in completing its pending acquisition of EMI Music Publishing from a consortium of investors, which still has to be vetted by governmental regulatory agencies before the deal can proceed. Sony is still in the process of filing the paper work for the proposed acquisition, according to sources, so the process of scrutinizing the deals impact on potential anti-trust issues has yet to begin, they say.

As it is, Sony has agreed to pay $2.3 billion to acquire EMI, as well as assume EMI’s debt of $1.359 billion. With Sony and Jackson’s share valued at $1.091 billion that gives EMI Music Publishing a valuation of $4.75 billion.

Prior to this deal and before EMI Music Publishing came up for sale, the Jackson estate had sold its 50 percent share of Sony/ATV in 2016 and received $750 million in cash, which means that the Jackson estate has made over $1 billion since it has unwound its interest in those publishing assets.

While the Jackson estate, advised by Shot Tower Capitol, is overseen by two co-executors — music industry executive John McClain and lawyer John Branca — it is the latter, a partner in the law firm of Ziffren Brittenham LLP, who likely gets credit for making the shrewd publishing deals on behalf of the estate.

When Sony completes its acquisition — if it gets the regulatory approval that is; the buyout of the Jackson estate didn’t require it but the buyout of the other 60 percent does — EMI Music Publishing will become a wholly owned subsidiary of Sony Corp, and will likely be legally merged into Sony/ATV, as it functionally already is. As part of a feature story for Variety, Sean “Diddy” Combs spoke in detail about the issues currently plaguing the black community. During the conversation, the Hip Hop entrepreneur addressed the lack of business investments, the impact of gentrification and much more.

Having founded Bad Boy Records in 1993, Diddy demonstrated his expertise as he discussed exclusion at the hands of record companies who make money off black culture.

“You have these record companies that are making so much money off our culture, our art form, but they’re not investing or even believing in us,” Diddy said. “For all the billions of dollars that these black executives have been able to make them, [there’s still hesitation] to put them in the top-level positions.”

He continued, “They’ll go and they’ll recruit cats from overseas. It makes sense to give [executives of color] a chance and embrace the evolution, instead of it being that we can only make it to president, senior VP … There’s no black CEO of a major record company. That’s just as bad as the fact that there are no [black] majority owners in the NFL. That’s what really motivates me.”

Diddy later touched on the downside of gentrification and its aftermath, specifically in New York City.

“Gentrification is heartbreaking,” he said. “When I go back to New York, the energy doesn’t feel the same — the nightlife, the excitement, the provocativeness. In Harlem you still feel that, even though the community has gotten displaced and shrunk.” Papa John’s ex-honcho is adding fuel to his fiery reputation for cutthroat remarks.

The founder and chairman John Schnatter made racist comments during a May conference call while he was receiving public relations training from an outside marketing firm.

The restaurateur stepped down as chief executive in January after Forbes reported that while discussing the issue involving football players taking a knee during the national anthem he griped that “Colonel Sanders called blacks n—–s” and never faced a backlash.

Schnatter made that comment during a call between Papa John’s execs and marketing agency Laundry Service, Forbes reported early Wednesday, citing a “source with knowledge of the event.”

Schnatter also reflected on his youth growing up in Indiana, where he claimed on the conference call that “people used to drag African-Americans from trucks until they died,” according to the Forbes report, which claimed he shared the story in a misguided effort to show his distaste for racism.

After reports of the comments were widely reported, Schnatter issued an apology.

“News reports attributing the use of inappropriate and hurtful language to me during a media training session regarding race are true. Regardless of the context, I apologize. Simply stated, racism has no place in our society,” he said in a statement issued by the chain.

The pizza chain issued a statement without confirming or denying the incident. “Papa John’s condemns racism and any insensitive language, no matter the situation or setting.”

At least two analysts lowered their estimates for the company. “The brand continues to come under self-inflicted assault,” said analyst Mark Kalinowski. The end of an era

There was once a time where you could walk into a department store, like Best Buy, and see rows and rows of CDs. Over the years, CD sections around the country have become increasingly hallowed out.

Now, with streaming being the way most fans consume music why would anyone buy a CD anymore? (Furthermore, if you did buy a CD, where would you listen to it? Everyday items like cars and computers don’t feature CD drives anymore.)

So it’s no surprise to see that on July 1st Best Buy officially stopped selling CDs. According to sources that Billboard talked to, the company was only generating about $40 million annually from CDs.

Even though they stopped selling CDs, Best Buy hasn’t given up on all physical music. The company will continue to sell vinyl for at least the next two years, due to a deal it made with vendors.

Major chain store Target hasn’t yet given up on CDs. (Target will be selling an exclusive version of Nicki Minaj’s new album Queen.) But how long will that last? Joe Jackson, the patriarch of a legendary entertainment family the Jacksons, was laid to rest on Monday, daughter La Toya confirmed.

Jackson, who died at the age of 89 from pancreatic cancer, was celebrated in a private ceremony at Forest Lawn Memorial Park in Glendale, California — the same cemetery his iconic son Michael was buried in, according to the Associated Press.

The Jackson family patriarch died and is survived by eight of his children and multiple grandchildren. 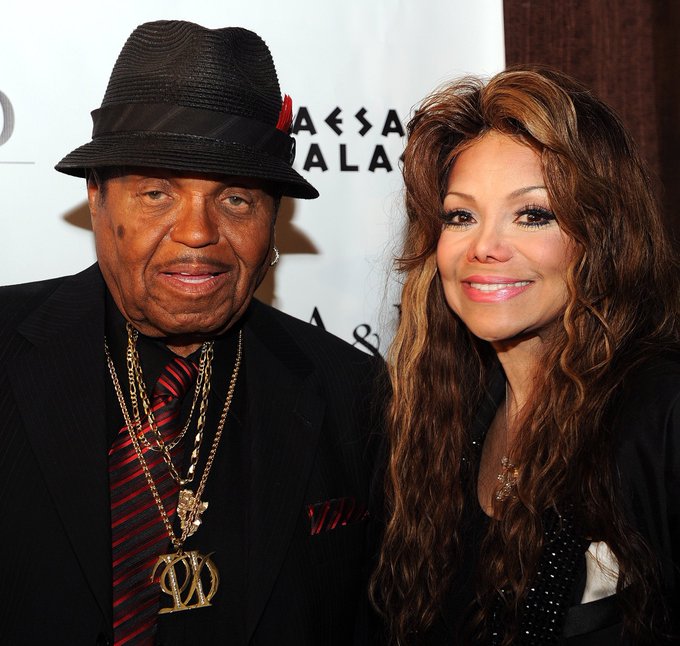 We privately put him to rest yesterday.
We miss you and we will always love you!!!! 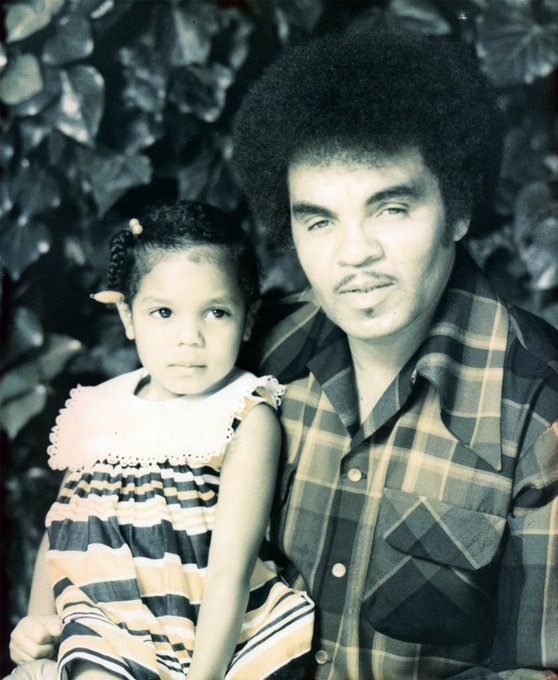 His children, including singer Janet Jackson and son Jackie Jackson, among other family members, were in attendance, according to TMZ. The service was followed by a luncheon, at which grandson Blanket, daughter La Toya and wife Katherine were spotted, TMZ reports.

Jackie shared a photo of himself dressing one of his young twin sons in a suit.

On Sunday, Michael’s oldest son, Prince, shared a photo of himself on Instagram Story saying he was on a “delayed” flight back to Los Angeles.

Tributes from the famous family poured in, with Paris Jackson writing a loving Instagram post about her grandfather after his death while sharing a photo of her hand clutching Joe’s. Louis Farrakhan Jr., eldest son of the Nation of Islam leader, died in his sleep at a family home in Phoenix, according to the organization and police.

Farrakhan Jr. was 60 and suffered from a heart condition, the Nation of Islam said in a news release. He was one of nine children of Nation of Islam Minister Louis Farrakhan, 85.

“We thank Allah (God) for the life of Louis Jr., his contribution to rise of black and oppressed people and for touching so many of us in a deep and very personal way,” the statement said.

“He worked alongside his father and family in fulfilling the mission of the Hon. Elijah Muhammad and the Nation of Islam and his dedication and sacrifice to our cause will never be forgotten.”

When Farrakhan Jr. was not helping with his father’s cause, he enjoyed designing clothing and creating art, said Richard B. Muhammad, editor of the Nation of Islam’s newspaper.

“Louis Farrakhan Jr. was a very lively, warm person with a great sense of humor,” Muhammad said Monday. “It was really a joy to be with him.”

A spokeswoman for the Phoenix Police Department said officers responded to the Farrakhan residence about 9:30 p.m. Friday.

“There were no indications of foul play,” Sgt. Mercedes Fortune wrote in an email Monday.

The Nation of Islam is headquartered in Chicago’s South Shore neighborhood.

In 2000, Farrakhan Jr. made headlines when he pleaded guilty to a charge of domestic battery after he was accused of hitting his pregnant wife with a metal serving tray at his home in south suburban Crete. At the time of his arrest, Farrakhan Jr. worked on various projects with the Nation of Islam but did not hold any posts with the organization.